The Thiruvananthapuram airport has been privatized disregarding the protests by the airport staff and the state government, which had later lost steam.

THIRUVANANTHAPURAM: The Thiruvananthapuram airport has been privatised disregarding the protests by the airport staff and the state government, which had later lost steam. Now it’s only a matter of months before the winning concessionaire, Adani Enterprises Ltd (AEL), takes over the airport’s reins from the Airports Authority of India (AAI).

A senior AAI officer said as per the request for proposal (RFP), AEL has to take over the airport within six months of signing the agreement. “AEL and AAI will then run the airport jointly for a year after which AEL will have to fully take over the control of the airport. It should offer at least 60 per cent of the jobs in the airport to existing AAI employees, who can either accept it or look for deputation to other AAI-controlled airports in India after rejecting AEL’s offer. It’s their choice,” said the officer.

The government has been saying it would not cooperate with AEL as the airport was handed over disregarding the state’s request to retain it in the public sector or run it in PPP mode. AEL will have to make the government sign the state support agreement as it is vital for ensuring basic requirements like water, power and other utilities needed for the functioning of the airport. 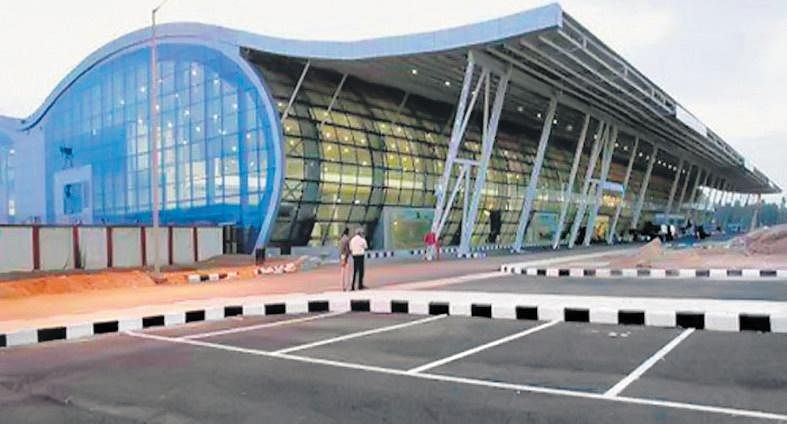 The state’s threats, however, will not pose a headache for AEL at least for now, for various reasons.First, the government cannot disconnect the basic services to the airport as it is currently functioning. Second, if the state insists that it would not sign the support agreement, AEL can take the legal route to get the required basic facilities. The state cannot go on stalling the deal as it would affect the airport’s operations and invite the wrath of people in southern districts.

Moreover, a confrontation will not bode well for the airport. It urgently requires 18 acres of land from the Vallakadavu-Karali area for a new domestic terminal, the acquisition process of which is halfway. The airport, which only has a temporary licence now, has to extend the runway’s width by 150m on both sides. It requires around 13 acres of land from the BrahMos and Travancore Titanium Products sides for threshold lighting and increasing the length of Runway End Safety Areas (RESAs). For setting up a parallel taxiway, it requires land from the Chakka fire station side. These urgent needs require a coordinated effort from various Central and state agencies.

The state government and Airport Authority Employees Union (AAEU) moved the Supreme Court to stay the High Court order which had dismissed their pleas challenging the airport privatisation. It would be unwise to mention the advice given by some bureaucrats – that the state participate in the bidding for the airport along with private players even when the RFP was almost tailored to suit the private bidder. When the state, as expected, lost the bidding, it decided to challenge the privatisation, a move which was ridiculed by the High Court by recalling the proverbial ‘sour grapes’.

CM trying to mislead people: V Muraleedharan
T’Puram: Union Minister of State V Muraleedharan has termed as factually incorrect Chief Minister Pinarayi Vijayan’s statements in the assembly regarding privatisation of the Thiruvananthapuram airport. The CM is raising a strange argument against the privatisation after participating in the bid. The bid was awarded to Adani group as it quoted a higher figure than the state government, he said. He urged Pinarayi not to unnecessarily blame the Centre and create misunderstanding among people. “It is ironic that a government that can’t efficiently run a public transport system is making such allegations against the Centre in the airport issue,” he said.

With AAI inking the deal, Adani Group now has to take over T’Puram airport within six months. While the govt says it will oppose this legally, it cannot, for now, give a headache for the pvt player as non-cooperation will affect the airport’s operations